Congruent to the Week 11 topic, this story I so interesting and quite disturbing, so I decided to share it with the cohort.

Using a mixture of construction waste (a mixture of sand, concrete and glass fiber) and concrete for printing material, a single-story, one-room house can be printed for less than $5,000. 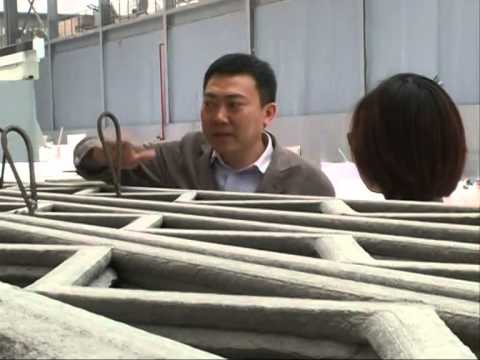 The contour crafting 3D printers were covered before and as mentioned back then “even just a handful of these units in a given geographical region could have an enormous impact on housing in the near future”.

The author is now a big believer in natural and traditional building methods such as log homes or cob because of the low energy input, low environmental impact, low cost, and the fact that people can build such a house for themselves without needing a degree in engineering.

But what this company has done shows the potential for this kind of construction method to disrupt the housing and mortgage market in a big way in the not so distant future, and we’ll keep close watch on how this technology develops.

I predict that this technology will soon become the “norm” for construction projects around the world.

This interesting article is authored by Dan West, and published on April 30, 2014 in www.resilientcommunities.com.

The 3D printing technology invention needed almost 20 years of development to get the real foothold.

So now, we clearly see the 3D printing disruption potential and its possibilities. What is next in 3D printing?