The venture I will introduce is called Memrise, an application that lets you “learn any language” from a database of over 200 courses which adapts to various learning styles and allows users to create their own courses and flash cards, as well as encourage friendly competition with friends. Since its start in 2010, it has become one of the Best of 2015 apps on Google Play Memrise was also nominated for the “Go Global” award at the first ever Google Play Awards for Apps & Games. It is often compared and contrasted to Duolingo (as also introduced in the Founders Parade), but is differentiated for its emphasis on the “fun” in learning by memorization by linking learning to the watering of a plant and its growth. 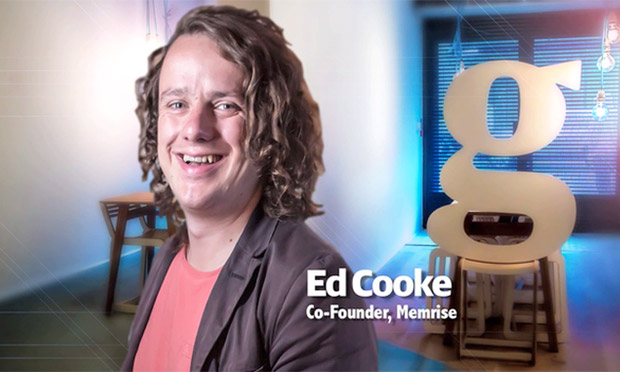 Edward Cooke graduated from Oxford University and then obtained his masters in Cognitive Science in France while focusing on memory and teaching. His superior memory skills earned him the title of Grand Master of Memory at the age of 23, and at the age of 26, he published his first book “Remember, Remember: Learn the Stuff You Thought You Could”. His experience and expertise in memory lead to him developing Memrise after gaining 6 million dollars in funding, and with a team of 25 people including scientists and educational researchers to keep the app and its effectiveness up to date. As the venture is still young, it is still focusing on further refining its content, and is currently on a European bus tour to film native speakers in local environments using language and incorporate it into their already existing content to make it more “realistic” and engaging for its plethora of users. Yet despite it still being in fundamental development stages, Memrise has managed to pull in a user count of at least half a million each month.

Read an interview with Ed on his Memrise startup, or watch his TED talk about his take on the future of online learning.

As a language educator by trade, I find Ed Cooke’s story inspiring because he is an educator and has done research in his field and is trying to implement his work into a potential business. My goals for the MET program and this course are to do the same so to hear about someone who is succeeding in taking what they research and study and to not just work in the field, but make something new and make money off of it is an ideal venture to me. Albeit the success is limited and the company still young, I do feel that there is potential to grow as a business as well. The main concern is the lack of big name, and publicly known sponsorships or partnerships (I couldn’t find any names of companies that were openly related to Memrise). If Memrise could work with a language institution or a school and get good feedback from experimental data on its implementation among students, it could become a more convincing tool and spread even further.

The 3 pillars of Memrise and its success.

Here are some more links that might help you learn more about Memrise: