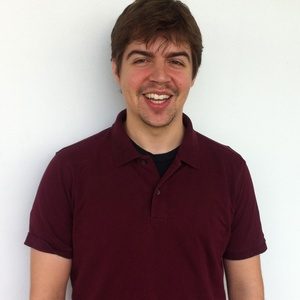 Duable Chinese is an apps, a Chinese reading interface that feeds users with Chinese reading materials according to their Chinese vocabulary/reading level which is determined by the initial test users took on the apps. What they offers is an unique service to Chinese language learners that makes the Internet become the learners’ language-learning textbook which is different from traditional textbook in terms of its customization, timeliness, practicability and diversity. Duable’s initial business model is based on monthly subscriptions. 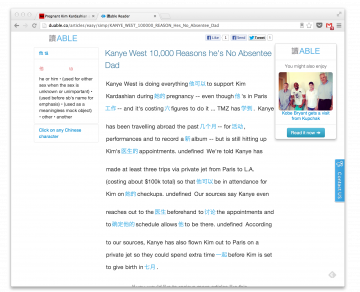 Duable Chinese has two co-funders at the very beginning, Nik Van Der Ploeg, an American computer programmer based in Taiwan, and Victor Chen, an American-born Taiwanese, who has left the team. Nik is a professional engineer with a master degree in linguistics. More importantly, he had over two years of learning and working experience in Taiwan where is a Mandarin-speaking environment before he created Duable Chinese. I believe he incorporates his own experience of learning Chinese into this app. As an engineer, he acutely caught the pain point of learners that reading classroom materials is not enough to enable you to have a fuller understanding of Chinese-speaking world, such as how Mandarin speakers comment on latest world news, do Chinese speakers spend as much time as Americans on entertainment and sports news and etc. Besides, the want to go beyond textbook is constrained by learners’ language ability. Nik then solved this problem for users with the interface he created. Victor’s originality must contribute to the startup at the beginning as he speaks Chinese so he understands what the criteria needs to be for selecting reading materials. But the challenge for them is the product iteration. It is questioning whether they have the ability to upgrade the product, promoting users’ experience and expanding market with their current technical and human capital.

As a lifelong English learner, I totally understand the pain point Duable Chinese are focusing on. In China, millions of English learners spent years on reading textbook. For example, we even read an article about Loch Ness Monsters in IELTS test, but I was not capable of comprehending my classmates’ conversation about Super Bowl when I came to Canada 10 years ago. Therefore, Duable Chinese should be a practical solution to language learners in my point of view. But the entry barrier for competitors is not high, so how they plan to upgrade the service and keep users loyalty is a challenge.