For Hongkong software engineer Ian Cheung, his pain point was the need to speak English clearly enough to be understood when he worked in the Greater Seattle Area. He was unable to hear his own speech mistakes and could not have a teacher correct him 24/7. Pronunciation tools such as Rosetta Stone and Duolingo were inadequate as they did not specify why his pronunciation was wrong at the phonemic or syllable level. He therefore created an iPhone app using speech technology to coach himself. Realizing the value of his new product, Ian worked together with fellow colleague at Microsoft, Abhishek Gupta from 2012.  Together they founded SpeechAce in Sept 2014,  designing and developing it for release to the consumer market in 2015. 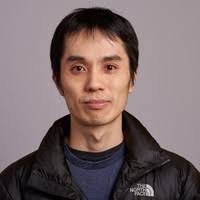 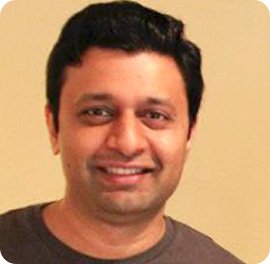 Speechace provides rich phoneme and syllable level feedback in a table format and shows a percentage measure of how close one’s pronunciation and accent match a native speaker’s accent. Having such a speech tutor anytime and anywhere to display mistakes that could not be heard by the learner was indeed a breakthrough. This speeds up second language learning and might even help hearing disabled learners too. 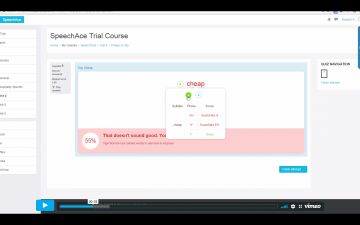 A few months after the release of the iPhone app, Ian and Abhishek found a niche market for their software – ESL teachers. They worked with them and added vocabulary, phrases and sentences from general English to fields like Nursing, Hospitality and Aviation. However, to continually build suitable language content was not easy for a couple of computer scientists. So Ian and Abhishek extended their pronunciation technology into a web-based, learning management system that allows teachers to themselves upload their own customized language content.  The audio reference content can be generated with an internal text-to-speech engine or uploaded as a recording by the teacher. Teachers could also use the system to monitor the progress of each student. The system was eventually piloted in City University of Seattle and after only two quarters, SpeechAce became an official part of their English Language curriculum.

The next phase in their software development was to design a Speech Recognition plugin for Moodle which ‘automatically records and grades student’s speech, automatically generates reference audio, presents student performance in standard Moodle Teacher interface (a question type), allows creation of custom pronunciation activities in either US or UK accents’. The plugin, which features a responsive interface, makes the dashboard available in any screen, desktop or mobile. The developers continued to extend their reach and now their speech coaching software can be used with LMS like Blackboard, Canvas, WebCT and Sakai.

Reflection
These two Asian-born innovators had a need that led to the gathering of a multinational and multilingual team of a UX designer, data scientists, software developers, educators and linguists. Their core speech technology is built on speech recognition algorithms, based on artificial neural networks.  With their entrepreneurial and innovating spirit leading a talented team, they will continue to develop the software for other languages.  Having completed American and British English, they will move on to Spanish next. The founders emphasize that the key differentiation in their product is that a teacher can follow the student’s progress, see the score breakdowns for each student and even listen to the student’s recordings so as to provide specific coaching like placement of tongue to teeth and so on. The founders have therefore hit upon the missing sweet spot in second language teaching. They are “On a mission to make fluent and confident communication attainable to anyone.”

Pronunciation is a strong social marker and many language learners aim at reducing their native accent when speaking a second language or at least to have the ability to turn it off/on according to their wants. Getting regular accurate feedback on one’s pronunciation is definitely a challenge. I’m curious about the app., especially the kind of feedback that’s provided. I used it for a few minutes and struggled a bit to interpret the feedback provided.

Pronunciation is a strong social marker and many language learners aim at reducing their native accent when speaking a second language or at least to have the ability to turn it off/on according to their wants. Getting regular accurate feedback on one’s pronunciation is definitely a challenge. I’m curious about the app., especially the kind of feedback that’s provided. I used it for a few minutes and struggled a bit to interpret the feedback provided.