Howdy indeed. Do you ever say howdy to people and they respond with “fine” or “I’m good” because they thought you said “How are you doing?” or some such thing? I suppose that’s likely where the greeting comes from – so it’s probably me who’s wrong and not them. Hopefully you like meandering sidebars as much as I do.

I’m a teacher working for the Burnaby School Board. I graduated from UBC’s BEd just last year, so I’ve been getting my feet wet as a TOC for the past year. I teach mostly secondary school, as that was my focus in university, but I’ve done a fair number of elementary days as well. My teachable as we say is French Immersion, so that’s made things a little easier for me in terms of being gainfully employed. 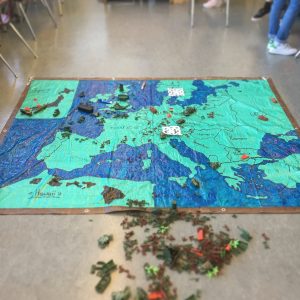 (this is a WWII project I did during my practicum)

On the topic of French, I spent five years living and working and studying in Québec. My first year out east I taught English in a high school in a small Gaspésien town called Amqui – teaching in much the same way I imagine one would teach English in Korea – in that I didn’t have a teaching degree. After that year I moved to Montréal where I spent the following four years completing the final two years of my Bachelor’s Degree in French Literature. After that, in the summer of 2016, I packed up my car and I headed back home to the lower mainland to start at UBC in the BEd program. 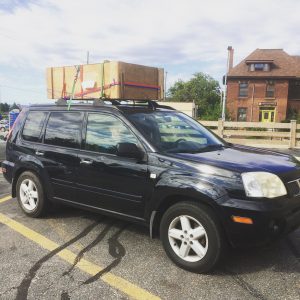 (that’s how I got back to Vancouver)

Some things I’ve succeeded at in life are learning a second language (French – obviously) starting in the last half of my 20s and finally figuring out how to get my hair just right most mornings.

Some things I’ve failed at in life are my first practicum experience during my BEd and one time when I decided to try to ride a bike across Canada and I failed miserably and publicly after a single day.

11 May Posted on Howdy, everyone!

Thanks for watching my video on my vision for a quasi-MOOC, Tyler. I enjoyed your introduction as well; it made me laugh. Look forward to working with you.

Thanks for watching my video on my vision for a quasi-MOOC, Tyler. I enjoyed your introduction as well; it made me laugh. Look forward to working with you.