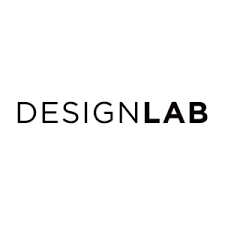 Designlab is an online platform founded by Harish Venkatesan and Daniel Shapiro in 2012. This online platform allows students to learn specific design skills through courses that offer one-on-one mentorship as well as hands-on projects in relation creating a community interaction. Most importantly, students learn from successful designers in the industry and are able to obtain skill sets and feedback from these designers. Designlab offers online courses for students to learn essential skills needed for their desired industry. Through these courses, students are also being prepared for future job applications such as compiling individualized portfolio, interview preparation, and networking. 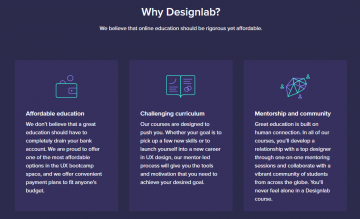 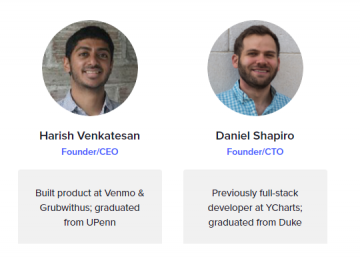 Harish Venkatesan has a BS in systems engineering and is currently the founder and CEO of Designlab. He was also the front-end developer of the GOAT Group, 2012-2013. Harish has many experiences under his belt. He was the front-end engineer for Grubwithus, 2012-2013, which offered an online community for people to share their dining experiences for 50+ countries around the world. Harish also interned at Venmo, 2009-2010, where he dealt with customer development and marketing. He partook in the creation of v1 of the Venmo iOS app. There are many other experiences varying from product manager to co-founding other applications, and all these experiences along with his education led to the creation of Designlab.

Daniel Shapiro graduated from Duke University in engineering as well and was previously a developer for YCharts.

Harish Venkatesan was inspired by the book Creative Workshop which led him to come up with the idea for Designlab. He believes that in order for students to learn best and to be able to fully internalize their learning, there has to be a continuous cycle of feedback and communication. Being able to receive one-on-one instruction as well as ongoing feedback and supports from peers, students would greatly improve their design skills.

I chose to focus on Designlab due to the fact that I also agree with the founders’ belief in learning through smaller group with constant reciprocal communication. In order to reach out to all students and furthering their interest, what better way than having them learn directly from experts in the field already. The students can begin building their experiences while widening their network at the same time.