Interplay Learning is a software company that describes its mission as delivering the world’s most scalable and effectives trades training using Virtual Reality (VR). Interplay Learning’s online 3D life-like simulations will drop an HVAC worker into a back yard with a faulty unit or lets an electrical engineer dig into a tangle of wires, allowing them to apply their training and gain hands-on experience from their desks. Founded in 2011, the company is focused on tackling the skills gaps in the trades industry through simulations.

While the Co-founder and CEO of Interplay Learning, not much information exists on Doug Donovan other than what he has made public on his LinkedIn account along with brief interviews and blogs he has shared. Doug has a bachelor’s degree from the University of Virginia and an MBA from Haas School of Business, UC Berkeley. He has co-founded other ventures such as Blue Scope/SmashCast, an enterprise software company and Echo Mountain, a ski and snowboard resort in Colorado.

For the last 8 years, Doug’s online simulations have been used by more than 60,000 students and professionals for career training in Heating, Ventilation and Air Conditioning (HVAC), Electrical, Energy Auditing, Manufacturing, Construction Codes and even Hair Cutting.

After discovering Doug’s previous ventures it became apparent, even before the success of Interplay Learning, Doug had the entrepreneurial mindset. His track record of trying different ideas and taking them to market was the experience he needed to grow Interplay Learning into what it is today. And this is supported by Interplay’s most recent completion of a $5.5 million Series A round of financing. S3 Ventures led the investment round with participation from SJF Ventures, Sierra Ventures, Wild Basin Investments, Shelter Capital Partners, Shasta Ventures, and Holt Ventures. Charlie Plauche, Partner with S3 Ventures, will join Interplay Learning’s Board of Directors. This vote of confidence demonstrates Doug’s ability to showcase the growth potential and potential ROI of Interplay Learning. 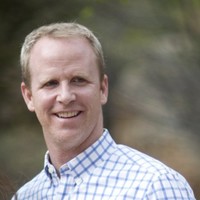