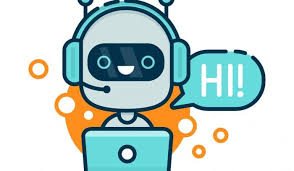 Conversational systems can range from simple informal, bidirectional text or voice conversations such as an answer to “What time is it?” to more complex interactions such as collecting oral testimony from crime witnesses to generate a sketch of a suspect.  All forms of virtual assistants, including Siri, Alexa and all of their siblings also fit here. Conversational systems do not use text/voice as the exclusive interface but enable people and machines to use multiple modalities (e.g., sight, sound, tactile, etc.) to communicate across the digital device mesh (e.g., sensors, appliances, IoT systems).

As one example, a Chatbot (also known as a talkbot, chatterbot, Bot, chatterbox, Artificial Conversational Entity) is a computer program which conducts a conversation via auditory or textual methods. Such programs are often designed to convincingly simulate how a human would behave as a conversational partner, thereby passing the Turing test. Chatterbots are typically used in dialog systems for various practical purposes including customer service or information acquisition. Some chatterbots use sophisticated natural language processing systems, but many simpler systems scan for keywords within the input, then pull a reply with the most matching keywords, or the most similar wording pattern, from a database.

This brainy breed of conversational  algorithms will  leverage the power of cloud-based AI to engage and delight humans with unprecedented conversational smarts.   Imagine the possibilities for everyday learners as well as special learners.