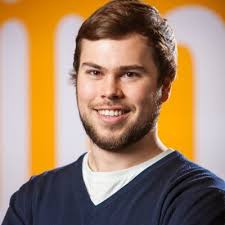 George Burgess is the Founder and CEO of Gojimo which is an exam preparation app created for students in the UK.

Gojimo was founded in 2009 by George Burgess. It describes itself as “The UK’s most popular revision app” and is “used by 1 in 3 GCSE and A Level students” (Gojimo, 2020). Gojimo is a free ap that provides revision content for students studying for these high-priority GSCE and A Level exams. The venture has continued to grow beyond just an app offering revision help. For instance, there is now something called “Goji Life” which provides students with more basic support for student issues such as managing stress, writing essays, studying for exams and other concerns for student life. In 2017 Gojimo was acquired by The Telegraph but Burgess is still leading the company in the role of CEO. The app has received a selection of awards for excellence.

George Burgses was in university when he came up with and created Gojimo. Burgess was not satisfied with current offerings for study revision and exam prep which is what motivated him to set out and create Gojimo. While at university he established relationships with critical education partners such as Oxford University Press which helped key content to Gojimo. He made the decision to leave university to devote his full-time energy and efforts to Gojimo. After doing this Burgess raised $1 million for further development of the app.

About the Gojimo Team

The Gojimo Team consists of several employees and iOS developers. The Senior iOS developer is Jader Feiro who according to his credentials is a software engineer as well as part-time theoretical physicist. These credentials and experience seem appropriate to support the legitimacy and provide value to the venture.

Gojimo has an advisory board with several members. One of these is Tom Kosnik who is an adjunct professor at Stanford as well as a consulting professor. With his standing and having someone with these credentials gives credibility to the venture.

I like that Gojimo was “created by a student for students” (Gojimo, 2020). The founder and CEO George Burgess has invested a lot of his personal time and energy into this venture. He actually left his university studies in order to be able to provide his full support to the venture – which is a bit of a disruptive decision and a gamble but has nevertheless paid off. He is an example of a founder who has grown with the company. Gojimo has seen growth and evolution from where it started as just a revision app and he has been a part of and contribute to this. I think George Burgess is a good example of an entrepreneur. He was not impressed with current offerings for exam revision when he came up with the idea for Gojimo and in creating Gojimo he brought forth a new app that generated some disruptive change in the education technology world and added something of original value to make a change in education for a specific market – students studying for these exams.  Given the backing and acclaim he has received for this venture I think he has been most successful as an entrepreneur and with his venture.